Cold War Cultural Diplomacy at the Crossroads of East and West 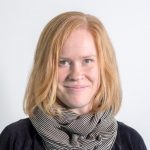 The leader of the Mission Finland project, Pia Koivunen, is a historian specialised in Russian and Soviet history. Her doctoral dissertation Performing Peace and Friendship. The World Youth Festival as a Tool of Soviet Cultural Diplomacy, 1947–1957 (2014) addressed Soviet cultural diplomacy and its reception in the context of an international youth event. In her post doc project, Koivunen studied the politics of hosting mega-events, expos and the Olympic Games, in the Soviet Union in the 1960s–80s. She has also studied state visits, the history of experience in the Cold War years as well as cultural exchange.

Within the Mission Finland project, Koivunen explores Soviet cultural operations in Finland through the Soviet-Finland-society and the Lenin Museum in 1946–1991. The Lenin museum, founded in Tampere in 1946, is a peculiar form of cultural diplomacy. It started as a local initiative but it was fully dependent on the financial, professional, and political support from Moscow. While the connection to Moscow is indisputable, we do not know how the Soviet political establishment thought about the Lenin museum and its place in Soviet efforts to influence Finns. Drawing on the materials gathered at the former party archives in Moscow, Koivunen investigates the objectives of Moscow. What the VOKS (the organisation responsible for cultural relations abroad) and the Central Lenin Museum sought to achieve by assisting the Finnish Lenin Museum? The research also sheds light on the Soviet-Finnish discussions on the politics of history, where the Lenin museum played an important role. Besides showing Lenin as a political leader, the museum told the story of entangled history between Finland and Russia through his revolutionary activities. 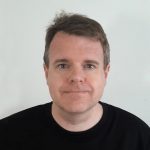 Marek Fields, PhD, is a Helsinki-based historian who has specialised in media history during the Cold War. In his doctoral thesis, Reinforcing Finland’s Attachment to the West. British and American Propaganda and Cultural Diplomacy in Finland, 1944–1962 (2015), he examined the leading western powers’ propaganda and cultural diplomacy operations in Finland in the early Cold War decades and revealed how during this era Finland’s ties to the West were bolstered more extensively than has previously been understood. After defending his thesis, Fields has continued researching media history and has mainly focused on the journalistic content produced by Finnish newspapers as well as foreign radio broadcasting companies.

In this project, Fields focuses on American and British cultural diplomacy in Finland, in particular during the latter decades of the Cold War. Topics under closer examination include films, visiting artists, language teaching and educational and cultural exchange programmes, as well as cultural promotion through various media channels. Western cultural operations in Finland were extensive throughout the Cold War era, and also the Finns were aware of their practical and symbolic significance. Western activities in Finland were to a considerable extent determined by Finland’s geopolitical position, and one of Fields’s objectives is to explore how the period of so-called Finlandisation and, later, the end of the Cold War shaped the contents and methods of implementation of the aforementioned cultural programmes. 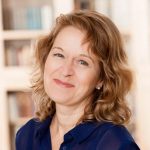 PhD Maija Koskinen is an art historian with long experience as an art field professional. Her groundbreaking PhD thesis in art history (2018) examined the fierce contest for cultural dominance of the Cold War blocs in the form of exhibitions in the Finnish art field. After defending her thesis, Koskinen has specialized in researching relationships between art, power and politics.

In the Mission Finland project Koskinen continues researching connections between the Finnish art field and cultural diplomacy of the Cold War. Koskinen’s research deals with international art exhibitions in Finland organized by both Cold War superpowers, their allies, as well as some neutral countries. Her case studies examine the art and some design exhibitions as political tools and forms of soft power in the battle of hearts and minds between the Eastern and Western blocs. Additionally, one of her case studies examines the cultural relations between neutral Switzerland and Finland in the context of the Cold War. She focuses on contents of the exhibitions, changes in the contents over time and the impact of the exhibitions as well as on their organizer’s high lighting the state political mechanism operating behind the exhibitions. Since the Cold War international exhibitions circulated often in other Nordic countries, they will also be examined in the Nordic context. Koskinen will place the cultural Cold War battle in the peripheric Finnish art field into the core of cultural diplomacy of the superpowers. 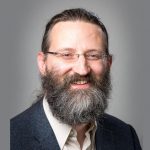 Louis Clerc is a Professor of contemporary history at the University of Turku, Finland. Clerc’s doctoral thesis examined the interwar relations between France and the Nordic Countries (Peter Lang, 2011). Clerc’s main research topics are French foreign policy towards the Nordic-Baltic region and the role of culture and the national image in international relations from the Finnish and Nordic viewpoints. His recent publications include a pioneering study of Nordic public diplomacy and nation branding, co-edited with Nikolas Glover and Paul Jordan (Berghahn, 2015). Clerc has also published on Finnish foreign policy and the workings of the foreign policy apparatus of Finland. He is currently finalising a monograph on Finland’s Cold War cultural diplomacy (forthcoming with Palgrave Macmillan, 2022).

In the Mission Finland project, Clerc will focus on the cultural activities of France in Finland during the latter decades of the Cold War. He will, in particular, study language diplomacy between Finnish and French authorities as well as the negotiations that led to the signing of the 1970 French-Finnish cultural agreement. The project will allow Clerc to analyse the relations of a small country and a middle power and elaborate on the intentions of French cultural policy, which were influenced by both the broader Cold War context and the specificities of the French cultural activities overseas. 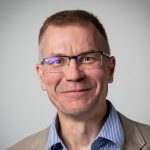 Kimmo Elo is a political scientist specialised in German and European history and politics since 1945. Elo has studied the long history of Germany’s European politics, the intelligence history of the GDR during the Cold War, the political development of the integrated Germany since 1990, as well as European integration after 1945. Elo’s research interests also include digital methods, data science and the visualisation of knowledge. 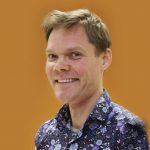 Simo Mikkonen has specialized in Soviet and East European history. He has studied Soviet connections with the West, Cold War era cultural diplomacy, and history of Russian émigrés. He has particular interest in the transnational connections during the Cold War era and co-operation of professionals across ideological boundaries. 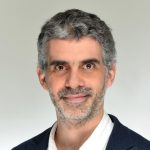 He also analyzed this cultural diplomacy in the light of trans-bloc cultural exchanges and on relations with the global South in a postcolonial perspective. Subsequently, he focused his research on student mobility during the Cold War, in particular in the context of the development policies pursued by the European People’s democracies in the Third World. With a social and cultural history approach, he is interested in the contribution of these exchanges in the communist societies of Central Europe.

He has also published an illustrated monograph on the history of Warsaw (Varsovie métropole 1865 à nos jours, 2016). 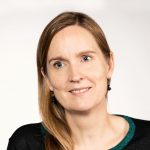 Rósa Magnúsdóttir is Associate Professor of History at Aarhus University. She has worked on Soviet-American cultural relations, cultural diplomacy, and biography. Her most recent book Enemy Number One: The United States of America in Soviet Ideology and Propaganda, 1945–1959 was published in 2019 by Oxford University Press and a paperback version is forthcoming.